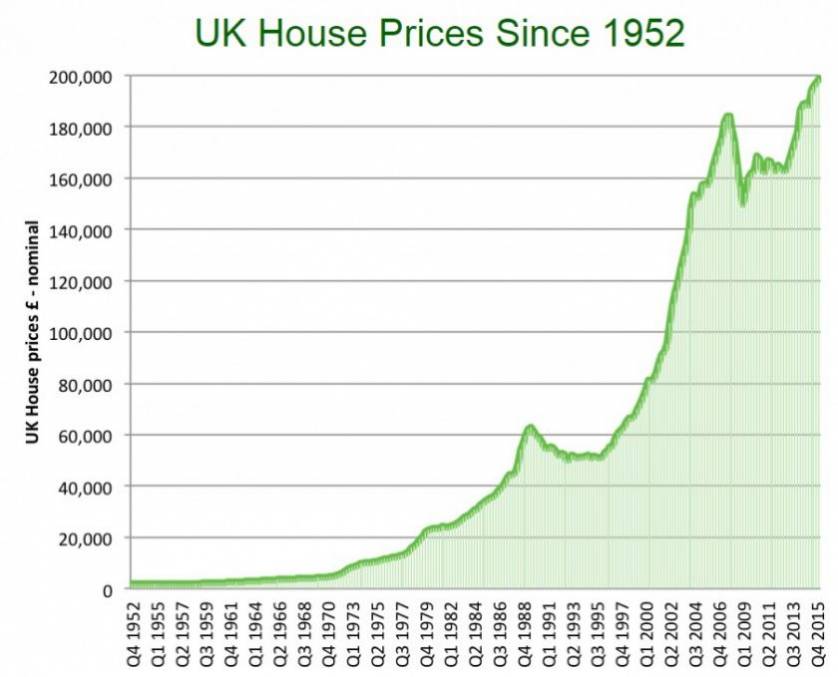 
UK House prices since 1952 chart, with wage growth lags in GBP for the last 7 decades

The real estate of Greater London is one out of the two most affordable city in the UK, even as home costs in the capital posted their largest annual drop in almost six years in February 2017. Property tax increases real estate on landlords in the early part of 2016 weighed on demand. It underperformed the rest of the country during 2016 after Britain's vote to Brexit the European Union.

According to Lloyds Bank - at the moment, the real estate affordability of a home in UK cities is the worst in a decade, with the average house price nearly seven times annual earnings.

The least real estate affordable city in the UK - Oxford has property values almost 11 times wages. Stirling in Scotland came top with prices near 4 times income. While the average cost of a home in a British city rose 32% since 2012, to reach to 225K pounds, where annual earnings have only increased 7%.

The UK House prices since 1952 chart, shows the wage growth lags in the UK city homes for the last 7 decades.